President Obama was right to acknowledge in his G20 speech that Paris is not the only great city run wet with blood at the hands of ISIS. In just the last month, ISIS operations have killed the innocent in Turkey, Bangladesh, Lebanon, and in a Russian plane over Egypt. It is right that American and Western sorrow extends to victims of terror wherever they are. It is heartening that Obama has ordered closer collaboration with the French, aiding our ally with intelligence and support, and it is encouraging that such support has already resulted in French airstrikes against important ISIS targets including a recruiting center, ammo dump, training camp, and command center.

But despite these laudatory details, the simple fact that there was a command center, training camp, ammo dump, and recruiting center still around for the French to bomb calls into question the President’s continued claim that his goal is to “degrade and ultimately destroy” ISIS. Obama’s been insisting this for more than a year but if he were serious one would think even the desultory kind of air campaign he’s commanded might have thought an ammo dump worth hitting.

Read the rest at The American Spectator Giving Credit Where It’s Due: A Retrospective of the Trump Administration Multiple Beheadings in Mozambique: Is the World Indifferent? 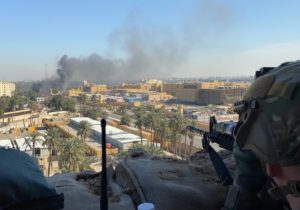