President Obama’s commutation of U.S. Army traitor Bradley, aka Chelsea, Manning’s 35-year prison sentence for violating the Espionage Act, among other crimes, raises important spiritual questions. Manning, as a military analyst in Iraq, stole hundreds of thousands of classified Army and diplomatic documents relating to the Iraq and Afghanistan wars for transmission to WikiLeaks. Manning, a man who since imprisonment over the last seven years now professes to be a woman, will be released in several months.

Some will justify Manning’s commutation as mercy for a suffering soul who’s already paid a penalty and is now struggling to procure sex change surgery. This charitable notion towards a traitor who’s betrayed great trust by serving the nation’s sinister enemies recalls Secretary of State Dean Acheson’s famous response to the 1950 conviction of Soviet spy Alger Hiss.

Hiss was a senior and widely respected patrician U.S. diplomat whose past years of communist sympathy and passage of documents to Soviet agents resulted in a five-year prison term for perjury. The statute of limitations had already passed on espionage, but his adamant denials under oath facilitated prosecution at least for that charge. His apologists across subsequent decades, claiming he was framed by young Congressman Richard Nixon and the FBI, have insisted on his innocence. But the evidence against Hiss has only increased with time, including the release of Soviet signals intelligence confirming his sedition.

Although suspected for years within government, where he was consequently distrusted and isolated, Hiss was not publicly exposed until his former friend and onetime communist cohort, Whitaker Chambers, revealed their covert past in shocking congressional testimony. By then a Time magazine correspondent, Chambers confirmed his allegations by unveiling microfilm of classified documents from Hiss, which Chambers notably hid inside a pumpkin at his Maryland farm, hence the celebrated “Pumpkin Papers.” Chambers, an extraordinary writer, would recall his experiences, including his conversion away from Marxism towards Quaker Christianity, in his celebrated Cold War spiritual memoir Witness.

Initially publicly dismissive of the allegations against Hiss, especially thanks to Nixon’s role in the congressional investigation, Acheson and the Truman Administration eventually acknowledged his guilt. Acheson knew Hiss socially and professionally, although he apparently did not like him, and he also knew Hiss’s brother, a lawyer at a prestigious law firm, whom Acheson respected.

On the day of Hiss’s sentencing, Acheson dramatically told a press conference: “I do not intend to turn my back on Alger Hiss.” Acheson continued with his carefully planned remarks:

I think every person who has known Alger Hiss or has served with him at any time has upon his conscience the very serious task of deciding what his attitude is and what his conduct should be. That must be done by each person in the light of his own standards and his own principles. For me, there is very little doubt about those standards or those principles. I think they were stated for us a very long time ago. They were stated on the Mount of Olives, and if you are interested in seeing them you will find them in the 25th chapter of the Gospel according to St. Matthew, beginning with verse 34.

Then shall the king say unto them on his right hand, some, ye blessed of my father, inherit the kingdom prepared for you from the foundation of the world; For I was an hungered and ye gave me meat; I was thirsty, and ye gave me drink; I was a stranger, and ye took me in; naked, and ye clothed me; I was sick, and ye visited me; I was in prison, and ye came unto me.

Of course Acheson’s spiritual solidarity and clemency for Hiss enraged critics of the Truman Administration, who already viewed Acheson as soft on communism. In fact, Acheson had been an architect of anti-Soviet containment and would remain a hardliner, urging Kennedy to attack Cuba during the missile crisis, imploring LBJ not to retreat from Vietnam, and even supportively counseling his old nemesis Nixon in the White House.

Although his critics overreacted, Acheson’s effusive sympathy for Hiss, although for him an enjoyable provocation of his own enemies, was sorely misplaced. Hiss was a duplicitous traitor who never expressed remorse for his crimes and lied for the rest of his very long life, ensnaring his family and friends in his falsehoods. If Acheson had considered the Scriptures more comprehensively, he would have realized Hiss merited prayers towards repentance but not public camaraderie or cheap grace. A true Christian sympathy would have challenged Hiss, not implicitly and sanctimoniously mocked Hiss’s critics.

The same is true for Bradley/Chelsea Manning, who gave only a perfunctory, sympathy-seeking pseudo apology at the trial, while subsequently justifying the betrayal as whistleblowing and claiming victimhood as a transgender victim who deserves government-provided hormone treatments and sex-change surgery. Hiss served a brutal enemy against his own country. Manning, although egotistically pretending otherwise, also served America’s brutal enemies, including likely al Qaeda, among others.

Repentance precedes mercy, and there’s seemingly little to none of the former from Manning, who should’ve remained in prison until at least admitting the scope of a terrible and dangerous treachery. 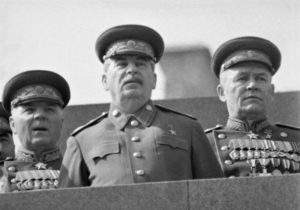