Since Azerbaijan’s aggressive war against Artsakh in 2020, considerable damage has deliberately been caused by the government of Azerbaijan against the Armenian cultural and religious heritage in Artsakh, also known as Nagorno-Karabakh, an Armenian republic in the South Caucuses.

Many Armenian monuments in the region came under Azerbaijan’s control after the ceasefire of November 9, 2020 after Azerbaijan captured much of Artsakh and occupied those territories. Azerbaijani soldiers and mercenaries have since destroyed or vandalized many Armenian religious and cultural heritage sites. This includes Armenian cemeteries and religious artifacts, such as the “khachkars” or “cross-stones”.

In March 2021, BBC reported that an Armenian Church – the Church of Zoravor Surb Astvatsatsin (Mother of God) located in Mekhakavan – that fell into Azeri control following the invasion of Artsakh was completely destroyed. “Azerbaijan has said ethnic Armenians are welcome to stay in Nagorno-Karabakh but Armenia has accused it of damaging and destroying Armenian cultural heritage left behind in the region, including churches and monuments,” the BBC wrote.

The desecration of Armenian religious heritage at the hands of Azerbaijan is ongoing. The Caucasus Heritage Watch (CHW) and the Monument Watch reported in October 2022 that the Surb Sargis Church, located in the center of the Azeri-occupied Hadrut region’s Mokhrenes village, was destroyed by Azerbaijan.

Artsakh has historically been an integral part of Armenia. The first ever Armenian school, the Amaras monastery, was established in Artsakh. This Armenian Republic has never been part of independent Azerbaijan. On December 10, 1991, a few days before the official collapse of the Soviet Union, Artsakh held a referendum where the overwhelming majority of the population (99.89 percent) voted in favor of independence.

Hence, in 1991, two independent and legally equal republics– Azerbaijan and Artsakh – were declared during the dissolution of the Soviet Union.

Azerbaijan, however, has since failed to recognize the Armenian right to self-determination in Artsakh. It launched three aggressive wars against Armenians: the 1991-94 war, the 4-day war in April 2016 and the 44-day war in 2020. Despite Azerbaijani threats, persecution, state terrorism, blockade, and repeated armed aggressions, Artsakh has preserved its independence to this day.

Azerbaijani aggression includes deliberate destruction against Armenian cultural heritage such as the shelling of the Gazanchi Church, the Holy Saviour/Ghazanchetsots Cathedral in Shushi during Azerbaijan’s second war against Artsakh. Azerbaijan first denied shelling the cathedral, but Azerbaijani President Ilham Aliyev later admitted it.

The desecration has been widely documented by cultural heritage organizations as well as Armenian media outlets. The website “Azeri War Crimes”, for instance, has documented the deliberate destruction and desecration of Armenian cemeteries and gravesites by Azerbaijan’s armed forces.

These attacks seem part of wider Azeri efforts to eliminate Armenians from the region. Sadly, Armenians who lived in what is now officially called Azerbaijan were for decades exposed to persecution, violence, and pogroms – such as the 1988 Sumgait pogrom and the 1990 Baku pogrom – at the hands of the Azeris. Through these aggressive policies, Azerbaijan wiped out the Armenian presence within its borders. Now the government of Azerbaijan is violently targeting Artsakh and the Republic of Armenia.

On October 11, the Caucasus Heritage Watch, which monitors and documents endangered and damaged cultural heritage using high-resolution satellite imagery, released a new report on satellite monitoring of cultural heritage in Artsakh. In the past year, the organization documented one destroyed church, one damaged historic bridge, and seven threatened churches and cemeteries.

On March 9, the European Parliament adopted a resolution that “strongly condemns Azerbaijan’s continued policy of erasing and denying the Armenian cultural heritage in and around Nagorno-Karabakh”.

“The erasure of the Armenian cultural heritage is part of a wider pattern of a systematic, state-level policy of Armenophobia, historical revisionism and hatred towards Armenians promoted by the Azerbaijani authorities, including dehumanisation, the glorification of violence and territorial claims against the Republic of Armenia which threaten peace and security in the South Caucasus,” the resolution read.

Azerbaijani authorities have indeed announced plans to erase Armenian inscriptions on churches that Azerbaijan falsely claims are “Caucasian Albanian”. The resolution thus called out this ‘”falsification of history” in the region and Azeri attempts to “present it as so-called Caucasian Albanian”.

Azerbaijani President Aliyev, for instance, vowed to remove Armenian inscriptions from a 12th-century Armenian church in Tsakur. When Aliyev visited the church in March 2021, he dismissed the Armenian script on the entrance. “All these inscriptions are fake,” Aliyev said. “They were written later,” he added, falsely suggesting the church had Caucasian Albanian origins.

The Azeri Minister of Culture Anar Karimov also announced in February that his government had set up a working group of “specialists” to remove “the fictitious traces written by Armenians on Albanian religious temples”.

The EP resolution also emphasized that areas captured by Azerbaijan following the war were subject to “almost total destruction and looting” by Azeri forces.

The European Parliament called on Azerbaijan to enable UNESCO’s access to Artsakh and urged Azerbaijan to ensure that “no interventions on Armenian heritage sites occur prior to a UNESCO assessment mission”.

But the resolution has fallen on deaf ears in Azerbaijan as the government has a long history of destruction of Armenian churches and cemeteries. According to US-based research, 98% of the Armenian cultural heritage sites in Nakhichevan have been destroyed by Azerbaijan. The website Hyperallergic reported:

“A yearlong investigation by a team of scholars affiliated with Cornell and Purdue universities has documented a pattern of deliberate obliteration of Armenian cultural heritage in Nakhichevan, a historically Armenian region that became part of Azerbaijan following the Sovietization of the republics of Armenia and Azerbaijan between 1920 and 1921. The new report by the Caucasus Heritage Watch (CHW) identified 108 medieval and early modern Armenian monasteries, churches, and cemeteries in Nakhichevan that were completely destroyed between 1997 and 2011 — an eradication described by the report’s authors as a “striking portrait of cultural erasure that, in its surgical precision, totality, and surreptitiousness, has few parallels.

“Of all the Armenian cultural heritage sites that CHW was able to locate and assess for this investigation, 98% have been completely wiped out.”

Armenians are an indigenous people of the Armenian highlands, most of which are today within the borders of Turkey. However, their cultural heritage in that region was largely annihilated. The 1915 Armenian Genocide by Ottoman Turkey was accompanied and followed by the systematic destruction of the cultural and religious heritage belonging to Armenians and other Christians.

Raffi Bedrosyan, author of the book “Trauma and Resilience: Armenians in Turkey – Hidden, not hidden and no longer hidden,” writes:

“As the Armenian population got wiped out of Anatolia in 1915, so did these churches and schools. Along with the hundreds of thousands of homes, shops, farms, orchards, factories, warehouses, and mines belonging to the Armenians, the church and school buildings also disappeared or were converted to other uses. If not burnt and destroyed outright in 1915 or left to deteriorate by neglect, they became converted buildings for banks, radio stations, mosques, state schools, or state monopoly warehouses for tobacco, tea, sugar, etc., or simply private houses and stables for the Turks and Kurds.”

“The Armenian people have created a remarkable civilization. It has thousands of cultural assets, monasteries, churches, schools, and hospitals. Unfortunately, following the extermination of the Armenian people, these cultural assets were destroyed through intentional policies. In the face of state-organized vandalism, very few assets of this millennia-old cultural heritage remain today. But now they are taking their last breaths. If required measures are not taken to protect them in a few years, nothing much will be left standing.”

Wherever Turks or Azeris make incursions into Armenian regions and take them over, a wave of destruction follows – be it in historic Armenia, Anatolia, Nakhchivan, Artsakh or elsewhere. The only way to help preserve the Armenian cultural heritage is for world governments to officially recognize the independence of Artsakh and hold Turkey and Azerbaijan accountable for their criminal activities and human rights violations. 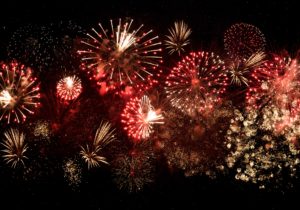