During the 44-day war of Azerbaijan against the Armenian Republic of Artsakh, (Nagorno-Karabakh) in the autumn of 2020, Azerbaijan committed many crimes against the Armenians. These include the indiscriminate shelling of Artsakh, the torture and murder of civilians, and the deliberate destruction of Armenian patrimony, among others. The Azeri forces used cluster munitions against the civilian population of Artsakh and white phosphorus munitions in forestry regions.

Azerbaijan’s military strength was backed by Turkey and the Syrian jihadist mercenaries, who served as auxiliaries to the Azerbaijani army.

Two years following the November 2020 ceasefire agreement brokered by Russia and signed by Armenia and Azerbaijan, the government of Azerbaijan still has not released all Armenian prisoners of war. These Armenians are illegally held in Azerbaijan and tried in sham Azeri courts. Many have been tortured and others even murdered with total disregard for international conventions.

According to the lawyer, Siranush Sahakyan, a representative of the interests of Armenian POWs at the European Court of Human Rights (ECHR), there are about 80 POWs, officially unacknowledged by the Azerbaijani authorities, who have disappeared. As the number of the Armenians who have “disappeared” has not been clarified, and there are still hundreds missing, the actual number of Armenian POWs is estimated to be much higher.

Dozens of graphic videos depicting Azerbaijani soldiers decapitating and murdering in other atrocious ways Armenian civilians, soldiers, and prisoners of war have been posted by Azeri owners of accounts on social media.

The report details the torture Armenians POWs and civilians were subject to by Azeri soldiers, such as beatings of fallen POWs, coercing the POWs to crawl, humiliating them, and torturing the civilians such as was the case of Kamo Manasyan subjected to physical and psychological torture during his captivity.

In September 2021, The Human Rights Defender of The Republic of Armenia published another ad hoc public report: “Responsibility of Azerbaijan for Torture and Inhuman Treatment of Armenian Captives: Evidence-Based Analysis (The 2020 Nagorno Karabakh War)”. According to the report,

From the onset of the war, the Azerbaijani government established a manner of processing and treating incoming captives in an abusive way. They were harassed, beaten, tortured, and humiliated. This mistreatment would begin as soon as such victims were captured. Such cruel treatment continued throughout their time in custody. During their interrogations they were beaten and tortured during the various stages of captivity—from local camps to Military Police and National Security custody.

In addition to extensive coercion and humiliation, illegal extraction of confessions was obtained from POWs by systematically subjecting them to torture. Azerbaijani guards would use different objects such as belts, screwdrivers, gun butts, metal chains, and batons to generally beat the entire bodies of the POWs leaving many with permanent injuries. One detainee was blind in both eyes having received no medical attention during the duration of his captivity. Several were also subjected to electroshock torture if they didn’t comply with guards’ orders. Azerbaijani soldiers beat POWs often several times each day. One surviving POW stated that at one point during his captivity, 3 Azerbaijani guards would come into his cell every 5 minutes to brutally beat and kick him until he bled and was unable to move. There are several accounts of POWs losing consciousness from beatings.

The website “PanArmenian” listed some of those atrocities on April 13, 2021 as follows:

Both civilians and soldiers held illegally in Azerbaijan are exposed to human rights abuses. Viken Euljekjian, a civilian that is a joint citizen of Armenia and Lebanon, for instance, is still held in an Azeri prison. According to news reports, his health started deteriorating in 2021 and he was hospitalized as a result. Vicken is understood to be cut off from the rest of the world by prison authorities. Jasmine Seymour, the founder and head of the British-Armenian humanitarian group, recently interviewed Linda, Vicken’s wife, about Vicken’s situation. Linda said she was allowed to speak to Vicken just for one minute on November 18.

Two years after his arrest near Shushi, there is no sign from the Azerbaijani authorities that Vicken Euljekjian will return to his family any time soon. Several Armenian POWs who have been returned recently have testified that the condition of fellow hostages held illegally in Azerbajani prisons differs. Some are able to endure the physical and mental mistreatment, others surrender quicker to psychological abuse, and those who resist and protest against the disrespectful and degrading treatment, are further tortured by Azerbaijani prison staff. There is enough evidence to confirm that the mental and physical health of Vicken Euljekjian is cause for deep concern to say the least.

As The World Organisation Against Torture (OMCT) puts it, “Torture is the intentional destruction of a human being by another. The methods by which severe pain and suffering are inflicted vary, but they all have the same objective: to break a person, erase them as an individual, and deny they are human.”

A case of psychological torture was displayed in a video shared on social media in July 2021. In it, an Armenian prisoner of war illegally held in the Azeri capital of Baku was seen asking the judge for leniency. He said: “Your Honor, if it’s possible, I have a sick mother at home, whom I should look after.” Baku TV mockingly reported the incident, saying: “The Armenian asked for help in tears from the judge. Those convicted of espionage have been sentenced to 15 years in prison.”

Azerbaijan is also targeting soldiers defending the borders of the Republic of Armenia. Anush Apetyan, a female soldier who volunteered to protect the Armenian people and their sovereign land, was brutally murdered by Azeri soldiers in September, 2022.

The soldiers stripped her naked, dismembered her body, cut off her legs, and fingers. A graphic video showing the murder was posted by Azeris on social media. Apetyan, 36, a mother of three children, was reportedly captured alive in Jermuk and then tortured and dismembered by Azerbaijani soldiers. The soldiers put her severed fingers in her mouth and gouged out her eyes.

A public report by the Armenia’s Human Rights Defender “on the consequences of the military attack of Azerbaijan against the Republic of Armenia” was published in September, 2022. The report notes that,

As during the 44-day war, after the attack of September 13, 2022, videos showing the acts of torture and other inhuman and degrading treatment committed by the Azerbaijani armed forces against Armenian servicemen are being posted on Azerbaijani social media platforms. The videos contain scenes of humiliating treatment, of physical violence of Armenian servicemen, as well as inhuman treatment of the bodies of dead victims.

Particular attention should be paid to the wide publication of videos proving the acts of inhuman treatment of the bodies of murdered Armenian service women on Azerbaijani social media platforms. One should also note the offensive, disdainful expressions of the social media users. The videos indicate that violence towards women, including the mutilation of their bodies, were motivated not only by ethnic hate, but also by gender hatred.

On the morning of October 2, 2022, Azerbaijani Telegram channels started circulating a video appearing to display the mass execution of at least six unarmed Armenian soldiers sitting, huddled closely together before being brutally gunned down within point blank range. Social media commentators suggest that the footage is likely from Azerbaijan’s September 13-14 assault on Armenia. The Armenian Ombudsperson has since verified the authenticity of the video and confirmed that it shows Azerbaijani forces killing Armenian prisoners of war (POWs). Beyond a shadow of a doubt, anyone who watches the video has just witnessed a horrific war crime.

Despite all these crimes of Azerbaijan reminiscent of the crimes of the Islamic State (ISIS), many Western officials still hail the government of Azerbaijan as “a reliable ally” or “partner.”

The European Union and Azerbaijan on July 18 signed an agreement to double gas imports from Azerbaijan to Europe. On a visit to Baku, European Commission President Ursula von der Leyen signed with Azerbaijani President Ilham Aliyev a Memorandum of Understanding on “a strategic partnership in the field of energy.”

EU Commissioner President von der Leyen said: “Today, with this new Memorandum of Understanding, we are opening a new chapter in our energy cooperation with Azerbaijan, a key partner.”

Arsineh Arakel, a lawyer and board member of Center for Truth and Justice, told Providence that “governments, especially the United States and European Union, must immediately suspend all military assistance to Azerbaijan.”

Arakel also called on the UN Security Council to “demand Azerbaijan unconditionally release all Armenian POWs and immediately withdraw its forces from the territory of Armenia.

The U.S and European states should publicly recognize that Armenians of Artsakh have earned the right to sovereignty and initiate a clearly defined process to achieve recognition as an independent state including securing guarantees for the people of Artsakh until its final political status is determined.

Do Western governments support beheadings, torture, murder, and destruction or do they support human rights, international law, and civilization? If the EU executive officials continue to appease Azerbaijan, encouraging crimes against Armenians, their constant reference to human rights is nothing but a sham and grotesque hypocrisy deserving international condemnation. Honorable political leaders of the West should stand up for Armenia. 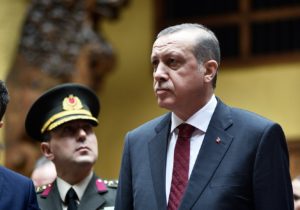