The rise of Christian nationalism has pushed evergreen questions about the morality of American foreign policy to the fore. Take, for example, efforts to combat human trafficking.

How does American leadership in the fight against human trafficking help render a verdict on the appropriateness of using foreign policy to advance morals?

Human rights scholars and activists are often hesitant to fully acknowledge the success of the State Department’s approach to fighting human trafficking. Part of the underlying worry is that recognition of what the US has accomplished in areas such as anti-trafficking might cultivate overly-inflated views of self or fuel dangerous variants of nationalism. Successful use of foreign policy to advance moral claims can lend itself to a temptation to bring justice to the world by conquering it. Such a temptation parallels ideas gaining traction on the domestic front – that more virtue could be cultivated by a government guided by enlightened Christian leaders, leaders who would supposedly have special capabilities to wield power for the greater good.

Concerns over an American tendency to embrace messianism in foreign policy are perhaps best articulated by twentieth-century theologian Reinhold Neibuhr. Neibuhr’s warnings about the dangers of assuming America could manage the destiny of history led him to contend for limits on moral aspirations in matters of foreign policy.

Recognition of what the State Department has achieved in the fight against human trafficking need not lead to messianism on the one hand, or some type of amoral realism (often erroneously ascribed to Hamiltonians) on the other. Moral aims can and should be incorporated into foreign policy, especially when the state holds vast material power. The nation’s ability to focus on justice in the foreign policy expands as material power increases. But four admonitions are in order for these countries:

The first requirement is wide consensus over the moral claims the state is seeking to advance abroad. In the context of human trafficking, coalitions of human rights activists, evangelicals, Roman Catholics, and feminists were the moral entrepreneurs responsible for embedding the issue in US national discourse, starting most noticeably in the late 1990’s. American foreign policy on human trafficking is rooted in the biblical and universal notion of human dignity, but it is not attached to one particular interpretation of Christianity or secularism.

Second, to maintain pragmatism and guard against utopianism, a strong power must continually reflect on her own faults. Such reflection helps to check dreams of managing the fate of history.

Has the US been hypocritical in positioning herself as the enforcer of international anti-trafficking standards? Absolutely. The US waited several years to start grading itself in the State Department’s annual Trafficking Report. Presidents sometimes politicized Trafficking Report grades, or were too soft on allies.

On the domestic front, enforcement of anti-trafficking law remains problematic. From spotty southern border security to the egregious exploitation of human trafficking victims by federal agents, the US has often failed to lead by example. Acknowledgement of mistakes not only builds credibility, it tempers zeal.

The third key to dissolving illusions about managing the destiny of history is steady focus on the national interest – precisely what Hamiltonians are known for. Individual causes – even those as horrifying as human trafficking – cannot be pursued if they jeopardize first-order foreign policy priorities.

On paper, the US could achieve more on anti-trafficking if it sanctioned violators more regularly.  This would push target countries to make more arrests and help solve underlying political will problems, at least temporarily. But practical constraints render a more robust sanctions regime imprudent. It would be unwise, for example, to sanction a critical military ally for its lack of attention toward trafficking problems. In other contexts, too much economic force might create confusion and escalate into actual conflict. Furthermore, withholding foreign assistance, even nonhumanitarian, nontrade-related assistance, can disproportionately impact the most vulnerable citizens in a target country, ironically and tragically creating the very types of dire economic circumstances that foster human trafficking activities.

This leads into a final requirement for strong powers seeking to use their foreign policy to pursue justice–expectations of limited success.

Anti-trafficking advocacy organizations and the State Department alike call for the total eradication of human trafficking. Lofty goals can have a useful rallying effect but the drawback is they distract from the limits of what any great power can reasonably expect to accomplish on complex human rights issues.

Since the early 2000’s, many countries have made drastic improvements in compliance with international anti-trafficking standards. But efforts tend to wane once the US eases pressure on the targeted government, or financial incentives for compliance are no longer tangible. Upkeep costs rack up. The bill becomes untenable.

There is a time and place for using the tools of statecraft to try and force the arc of history to bend toward justice. But no country should set out to create a perfectly just or moral world. To attempt otherwise is to fall prey to what Niebuhr calls “dreams of a pure virtue”.

Foreign policy does not have to be driven by altruism or controlled by purportedly enlightened Christian leaders for it to be moral. Instead, moral aspirations in foreign policy are the natural product of a mature, Hamiltonian kind of prudence and prioritization of the national interest. Advancing human rights helps legitimize a strong liberal world, one which secures the American way of life – the fundamental national interest. 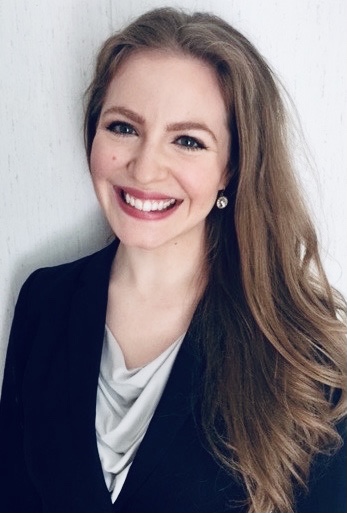