An American Airman in Oxford: Reflections on D-Day, Major John Howard, and the US-UK Alliance

The spire of St. Michael and All Angels Church reaches up from among the trees on the north bank of a wide bend in the River Thames. The nineteenth-century building is beautiful and suits its surroundings in the little village of Clifton Hampden outside of Oxford. It is otherwise unassuming and might be mistaken for so many other churches in the English countryside. And yet it was here at St. Michael where we gathered to commemorate the seventy-fifth anniversary of the D-Day invasion. Veterans of the Oxfordshire and Buckinghamshire Light Infantry Regiment, more commonly known simply as the “Ox and Bucks,” hosted our small US military contingent. The Ox and Bucks has a storied history that includes the D-Day invasion as well as the Marne and the Somme during the Great War. The Ox and Bucks helped defeat Napoleon at Waterloo and the colonial militiamen at Bunker Hill.

The locus for the day’s ceremony was the gravesite of Major John Howard, commander of D Company of the Ox and Bucks. It was Howard’s D Company that was selected as the first British fighting unit to enter France in the first minutes of June 6, 1944.

Howard, first a barrel-maker and later an Oxford policeman, enlisted in the British Army before the war. He was promoted to corporal in due course and consistently impressed his superiors. In a matter of five months, Howard was promoted from corporal to sergeant, then to company sergeant major, and in April 1940 to regimental sergeant major. A month later, at the urging of his regimental commander—and of his wife, Joy—Howard gave up his position to pursue a commission as a second lieutenant. He joined the Ox and Bucks, and by 1942 was a major and D Company’s commander.

Howard was relentless with his company, both in combat drills and physical fitness. When the time came for the Sixth Airborne Division to select a single company not just to spearhead the Allied invasion but to operate independently with no supporting units and no higher headquarters until a parachute battalion could relieve them some two hours after the initial insertion, Brigadier General Kindersley, the Sixth Air Landing Brigade commander, chose Howard and D Company. D Company’s task was to insert via Horsa glider between two bridges, one over the Caen Canal and the other over the River Orne. Unlike their sister parachute units, the men of D Company would ride the Horsas all the way to the landing zone and then disembark. As Major General Gale, the Sixth Airborne Division commander, later explained, the bridges could not have been left in German hands because they would have provided an ingress route for German reinforcement and resupply against the invasion’s left flank. But if the bridges were destroyed, it would leave the entire Sixth Airborne Division alone and cutoff from Allied resupply.

To add to Howard’s mission complexity, intelligence reporting suggested that the German forces had planned to demolish the bridges in case of an Allied invasion. In Major General Gale’s assessment, the mission would be successful only if D Company could capitalize on speed and surprise. The assault on the bridges must come like “like a bolt from the blue.”

Howard’s mission and its success are now well known, thanks in large part to the 1962 film The Longest Day. In that film, Major Howard is played by Richard Todd. By 1962, Todd was already a Hollywood A-lister. But he, too, was a D-Day veteran of the Sixth Airborne Division. In fact, Lieutenant Richard Todd was a member of the Seventh Parachute Battalion—the very unit tasked with relieving D Company at the bridges.

The bridges themselves have become symbolic of British involvement in the invasion. The bridge over the Caen has been known for 75 years as the “Pegasus Bridge,” after the Sixth Airborne Division’s unit patch depicting Bellerophon astride Pegasus. In 1984, Pegasus Bridge served as the focal point of Great Britain’s commemoration of D-Day’s fortieth anniversary. One hundred and fifty miles to the north, in the quiet cemetery behind St. Michael and All Angels, John Howard’s gravestone—upon which we laid a wreath on the seventy-fifth anniversary—includes only two images: the silver bugle of the Ox and Bucks, and Bellerophon astride Pegasus of the Sixth Airborne Division and the Pegasus Bridge.

It strikes me that Major General Gale said the assault must be like a “bolt from the blue.” The only other place I have read a variation on that expression was in C.S. Lewis’ review of Tolkien’s The Fellowship of the Ring. The book is “like lightning from a clear blue sky,” Lewis wrote. In that review, Lewis said of Middle Earth that “you can hardly put your foot down anywhere from Esgaroth to Forlindon or between Ered Mithrinnd Khand, without stirring the dust of history.” That line is every bit as true of the cemetery behind St. Michael and All Angels. A year prior to the D-Day invasion, the British Royal Air Force’s 617 Squadron, the “Dam Busters,” made up of aircrews from Britain, Canada, Australia, New Zealand, and the US, flew Lancaster bombers with experimental ordnance. On May 16, 1943, they employed “the bouncing bomb”—designed to skip across the water—against three German dams to disrupt industrial production. Of the 133 who set out on the raid, only 77 returned that day—53 were killed and three taken as prisoners of war. Australian Squadron Leader David Shannon was among those who returned. Squadron Leader Shannon rests just yards from Major Howard at St. Michael in Clifton Hampden.

At the entrance to the St. Michael and All Angels cemetery, a cross-shaped headstone from 1866 leans just a little with age. In 1815, the Ox and Bucks—then known as the “Fifty-Second Regiment of Foot”—fought alongside Private William Dyke and the First Regiment “Grenadier Guards” at Waterloo. This aging headstone belongs to Private Dyke. The long history of the Ox and Bucks, and of the British military more generally, might also serve as a reminder of the close relationship our two militaries have shared these last two centuries. Just as British and American units fought side by side in June 1944, British and American units fight side by side today in Afghanistan and Iraq, and conduct training and capacity building missions side by side in Somalia, Sierra Leone, Algeria, Kenya, and Ethiopia. In 2013, in fact, the US and UK signed an agreement according to which UK Army units will be prepared to operate within larger US Army units and US Army units will be prepared to operate within larger UK and NATO units. If July 4, 1776, was about independence, then June 6, 1944, was about interdependence. As we in the US celebrate our independence in 2019, the transatlantic military partnership between the US and UK at the operational and tactical level is perhaps stronger than it has ever been. It was a genuine honor to commemorate the seventy-fifth anniversary of D-Day at Major Howard’s gravesite at St. Michael and All Angels and a privilege to share in the history of the British military. There, we three members of the US military stood—quite literally—side by side with veterans of the British armed forces to honor John Howard’s legacy, one relatively small part of the largest combined military operation in history. Our guests were quick to point out that the British “couldn’t have done it without the Americans.” But of course, neither could the Americans have done it without the British.

Though the winds of political change are blowing on both sides of the Atlantic, we would do well to remember John Howard, D-Day, and a military partnership that, among many of other factors, helped to liberate Europe.

“Joseph O. Chapa is a major in the US Air Force and a doctoral student in philosophy at Oxford University, where he focuses on just war theory. He tweets at: @JosephOChapa. The views expressed are those of the author and do not necessarily reflect those of the U.S. Air Force, the Department of Defense, or the U.S. Government.” Joseph O. Chapa is an officer in the US Air Force and a doctoral candidate in philosophy at the University of Oxford (anticipated spring 2020). His areas of expertise include just war theory, military ethics, and especially the ethics of remote and autonomous weapons. His doctoral research investigates an individual rights-based account of just war theory. He is a senior pilot with more than 1,400 pilot and instructor pilot hours, many of which were flown in support of major US combat and humanitarian operations. He holds an MA in philosophy from Boston College and a BA in philosophy from Boston University. 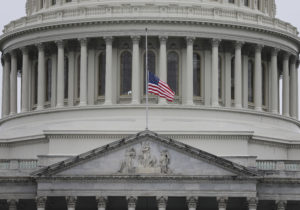